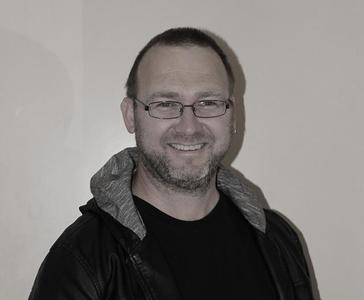 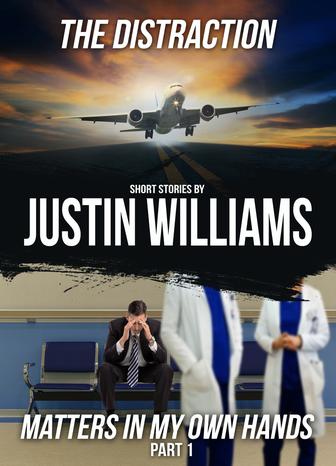 Story one:
"The Distraction"
Waa Waa
Robert shook himself out of his trance.  The cries of a baby up the line brought him back to reality.
He had tried to transcend himself elsewhere but it was hard, near impossible, knowing what was fast approaching from the horizon.
"How did I get here?" He whispered the question to himself.  Luckily the din of the noise that flowed through the airport drowned out the words before they met the ears of the nearest person.

Story two:
"Matters in my own hands Part 1"
I kept pushing the button but it didn't make the doors open any faster.  Seeing the exit for the stairwell I thought, "Should I take the stairs?"
Being on the fifteenth level, I knew it would take me forever to get to the ground floor and that was if my legs were able to hold me up.
"Come on!" I yelled at the lift prompting some people in the office to look up from their desks.  Twenty minutes earlier it was just a typical day, not saying boring but everything was going along nicely, presenting our company report to the board.  That was until I was summoned out of the conference room with a ringing mobile.

These two will be sold as one download even though they are two separate short stories.